In September 2000 two journalists from DONNA, one of Italy's top fashion and style magazines came to Wellington to profile the city as a world centre of creativity and style. The advertising agency, Clemenger BBDO and Creative Business Development brought the journalists to New Zealand. These photos reflect the playful mix of Florentine/Roman monuments with Wellington architecture and landscape.  The Cuba Street bucket fountain appears at the Spanish Steps in Rome and the Beehive is transformed into Il Duomo in Florence! 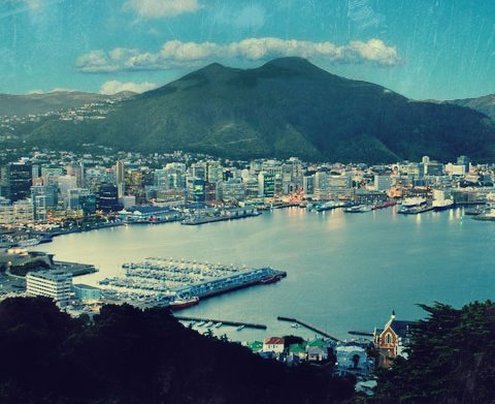 This is another photo montage done by Pietro Cannata, an Italian living in Nelson. It shows the famous volcano Vesuvius overlooking Wellington Harbour instead of the Bay of Naples!
italy star association
In 1987 on the anniversary of the Sangro River Battle, three British veterans decided to form the Italy Star Association following their visit to the area. Their aims were:
- to give a true history of the Italian campaign
- to hold annual reunions
- to promote visits to war cemeteries
- to keep alive the special bond of comradeship that existed during the campaign.
In 1994 a branch was formed in Auckland, then in 1997 a branch was formed in Christchurch. Members are made up of veterans, veteran’s families and friends. If you or anyone you know is interested in joining this association then enquiries can be made by phone or email to the Association President, Peter Scott (03) 355 6732 or peter.judy@actrix.co.nz
it started in naples
Recently I found some slides that belonged to my Nonno Luigi and had these made into digital photos by Wellington Photographic Supplies. The photos show the filming of the movie It Started in Naples starring Sophia Loren and Clark Gable. The movie was filmed on Capri and some scenes were filmed in my grandparents' house on the Marina Grande on Capri. The balloons on the film posters can be seen in the photos. My Nonno took these photos when he returned to Italy for a holiday. 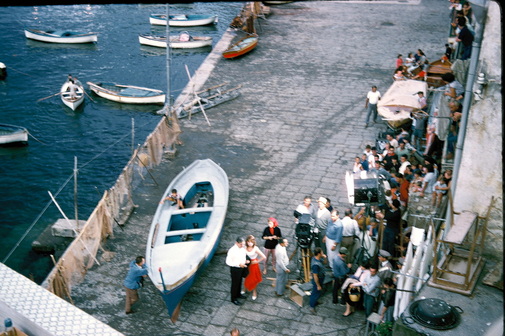 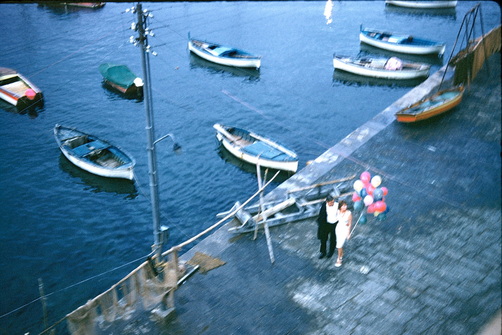 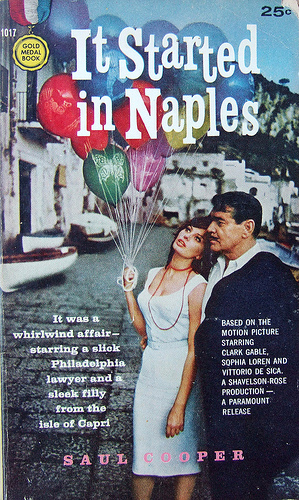