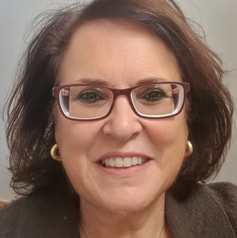 Ciao! Kia ora!
My name is Nina Cuccurullo (full name Gaetanina, I am named after my paternal grandmother Gaetana Ercolano) and I live in Island Bay, a suburb on the south coast of Wellington in New Zealand.
I am a first generation Italian New Zealander.
My grandfather Luigi Ruocco and grandmother Immacolatina Ruocco (nee Federico) settled in Island Bay in the 1920s and 1930s bringing with them my mother Teresa and uncle, Salvatore. They came from the isle of Capri in the Bay of Naples. My father Antonio Cuccurullo came to Island Bay from Massa Lubrense also in the Bay of Naples, in the early 1950s joining his sister Teresa who came with her husband Pietro Elenio.
I have been a member of Club Garibaldi since 1991 when the constitution was changed to allow women members and prior to this had been a member of the Circolo Italiano of Wellington of which I am still a member. In 1994 I became the first woman to hold an office bearer’s position as the Secretary. Both my grandfather and father were members of Club Garibaldi.
I have been involved in Club Garibaldi through various ways since becoming a member. I worked as the Photographic Researcher and was on the committee for the book ‘Alla Fine del Mondo’ written by my cousin, Paul Elenio, as well as working with the Petone Settlers Museum for the exhibition on Italian immigrants in the Wellington region and recently worked with Paul again for the second edition of the book which was published in March 2012.
I have been involved with the Italian Festival since the first one was held at the Petone Settlers Museum in 1994. In 1997 I set up the Language Classes for children at Club Garibaldi and initially helped teach the classes and have just recently stepped down as the coordinator.
I have helped with various research projects on Italian immigrants, and these have included Oral Histories and theses. From 2003 until 2007 I had the honour of being a member of the Community Advisory Group for Te Papa for the exhibition ‘Qui Tutto Bene!’. This was a rich and rewarding experience for me as well as being very hard work!. I continue to have a good working relationship with Te Papa as a result of the exhibition.
I began my career as an early childhood teacher, then in 1996 became an Administrator in the Italian and Spanish Programmes at Victoria University, a job which I love as I am constantly surrounded by things Italian and get to meet Italians from all parts of Italy and to learn more about Italy. In 2016 I left Victoria University to work for my brothers Joe and Gino Cuccurullo who own Mediterranean Foods. I now work there in retail promotion and marketing.
In May 2006 I was awarded the Cavaliere - Stella della Solidarietà Italiana (Cavaliere - Star of Italian Solidarity) by the Italian Government for services to the Italian community and for promoting the Italian language and culture. This was a great honour for me and my family and I felt proud to receive it on behalf of my parents Antonio and Teresa Cuccurullo and my grandparents, Luigi and Ilma Ruocco, who emigrated to New Zealand from Massalubrense and Capri to make New Zealand their new home.
I have enjoyed being brought up in the Italian culture and way of life but also as a Kiwi so have always had the best of both worlds. I decided to set up this website to show the connections between Italy and New Zealand. I decided to call the website Island Bay Little Italy as it is where I live and where so many other Italians and Italo New Zealanders like me live.